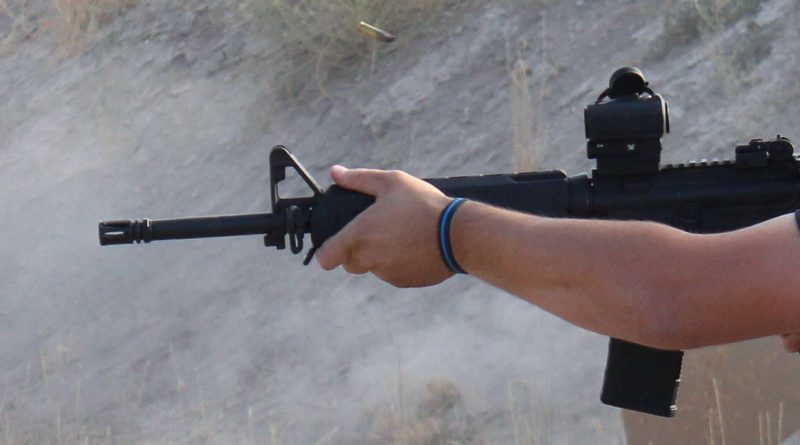 Gunfighting is America’s Martial Art. When someone brings up “Martial Arts” many folks think of fighting systems with punching and kicking from East Asia. Martial Arts are in short fighting systems. Martial Arts are not limited to unarmed systems or systems of Asian origin. Humans have been fighting with each other since the dawn of man. Martial arts are found world wide. The United States is a gun culture, and the firearm was essential to its founding. The Right to Keep and Bear Arms was so critical to the founders of the United States that it was enshrined in the 2nd Amendment in The Bill of Rights. American Gunfighting is a living and extremely effective fighting fighting skill.

When the British Army sought to seize colonial arms and ammunition they were confronted by Colonial Militia members. The shot heard round the world ignited the American War for Independence. The Colonial Militia drew their line in the sand, when the British came for their arms they knew that war was at hand. Free men who would rather die on their feet than live on their knees chose to fight rather than live as slaves. The Minuteman became a symbol of The American Revolution. Men of peace became warriors and repelled the British Tyrant.

A God Given Right

As the founders drafted the constitution it was determined there should be a Bill of Rights to explicitly limit the government from imposing certain tyrannical policies. The First Amendment clearly articulates the reverence the founders held for the human mind and conscience. The Second Amendment was carefully drafted to protect the American Citizen from tyranny.


A well regulated militia being necessary to the security of a free state, the right of the people to keep and bear arms shall not be infringed.

The Constitution of the United States.

At the time the term militia indicated every able bodied man. Regulated in this case means ordered or equipped. Considering the colonials had just fought a war against Tyrannical Government the meaning is clear. In today’s vernacular the Second Amendment would likely read: Well armed citizens are crucial for a free state. The right of people to keep, maintain and carry firearms shall not be violated in any way.

The Art of the Shooting Iron

Japanese Admiral Isoroku Yamamoto is quoted as saying: “You cannot invade the mainland United States. There would be a rifle behind every blade of grass.” Parents teach their children to shoot in every US state, even the states that hate freedom. Combat firearms like the AR-15 are the most popular firearms in the nation.

Budo is a Japanese word meaning “The way of war.” A number of disciplines fall under the umbrella of Budo. Budo included unarmed combat styles like Jiujitsu. Budo also included armed styles like Kenjutsu, “The art of the sword.” When the Japan’s Samurai began using firearms in the 1500s the practice was described as Teppo Jutsu.  Teppo Jutsu is a discipline of Budo and means “The Art of the Iron Cannon” or “Skill of the Firearm.” The American counterpart to this is Gunfighting. American Gunfighting is an effective martial art.  Like other martial arts, Gunfighting has different disciplines. Some of the disciplines in Gunfighting are:

Gun handling is the skill of safely operating a given firearm. Gun handling is the discipline that discusses the 4 rules of firearm safety: All guns are always loaded. Never allow the muzzle to cover anything you are not willing to shoot or destroy. Keep your finger off the trigger until your sights are on target and you have made the decision to shoot. Know your target, backstop and beyond. Advanced gun handling skills include, Sul position, Low Ready, High Ready etc…

Marksmanship is the skill of hitting your target. Marksmanship includes trigger control and sight alignment. Other skills include grip, stance, breathing, and trigger reset for accurate followup shots.

The way of the Gunfighter…

When you study firearm combat, principles begin to build on each other. Positional shooting takes gun handling skills and marksmanship to master. Basic skills translate to different weapons. Specific mastery of a weapon system requires dedication to that skill as well.

Combat pistol shooting alone is a major system in the martial art of Gunfighting. Submachine-guns, Tactical Rifles and Shotguns all require basic skills along with system specific considerations.

Think about a sniper in a hostage situation. A sniper has to be very accurate. He has to have good fundamentals. A sniper has to stay hidden. When the time comes to shoot the sniper has to have confidence in his equipment and skills. The sniper has to put all his skills together at the final moment and take the shot. That shot may be the only time that sniper ever shoots a person. But that is the shot that matters. For that hostage, all the effort training and dedication come down to the most important second of their life.

If you choose to practice Gunfighting, dedication and attention to the numerous disciplines pay off when it comes to application. Home defense is related to Close Quarter Battle. Gunfighting inside a building requires its own set of skills as well as attention to the basics. Using cover and concealment is an important skill. These disciplines also account for shooting near others who need to be protected as well.

…The way of the Warrior

Gunfighting is a distinct martial art. Supplementing this effective armed system with unarmed combatives is important. In survival situations winning a fight is critical. Gunfighting has demonstrated it’s dominance as an armed style of fighting, but at extreme close ranges force interruption techniques and blades can take the Gunfighters advantage.

Gunfighters range from Soldiers and Police, to Citizen Sheepdogs, and housewives. When the fight comes to you and you’ve chosen the gun as your means of defense, you are a gunfighter.

Like everything in life, gunfighting proficiency depends on applied effort. You get to choose to be proficient or not. When the fight finds you it is too late to cultivate skill. The competent gunfighter knows the strengths and limitations of the art. It is responsible to invest study in effective hand to hand martial arts as well.

The Samurai’s system was Budo, the way of war. His close quarter weapon was the sword. The discipline: Kendo, “the Way of the Sword.”  But the Samurai also practiced Jiujitsu lest he found himself without his sword. Jiujitsu means “the Gentle Art.” It is called the gentle art because it focuses on holds and position rather than striking. Modern Jiu Jitsu is an effective unarmed fighting system today.

At the time of the Samurai, firearms were in their infancy. Teppo Jutsu is mostly forgotten. The sword has been replaced by the firearm in modern combat. Combat remains a gruesome reality. Proficiency in armed and unarmed combat is still required.

The Importance of Gunfighting

The American Gun Culture played and important part in the founding of the United States. The Second Amendment is a clear indication of the Firearms importance at that time. The foundation skills of gunfighting are widely taught. Gunfighting as a martial art has numerous sub-disciplines. Gunfighting is an effective combat skill. It has applications from individual self defense to large battles.

The firearm with all it’s combat efficacy is also a symbol of freedom. It is a message to anyone who would propagate tyranny. “We will fight like the Minute Man of old.” This is the spirit of the American Revolution. Dont Tread on Me. It is more American than apple pie or baseball. 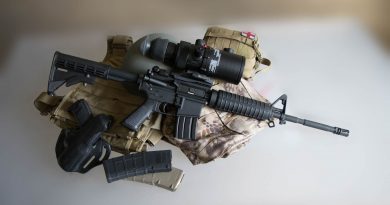 The AR15 is America’s Rifle. 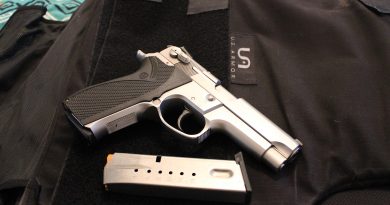