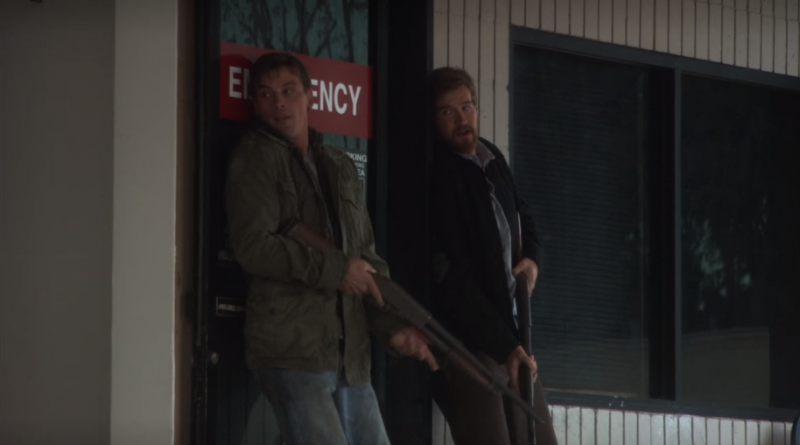 Jericho has gained a cult following in prepper popular culture. The series is set in a small town, “Jericho, Kansas.” The series follows the people of Jericho as they deal with the nuclear attack. In this article, I’ll discuss a few of the plot points. We’ll go over the real preparedness concerns as well as Hollywood fluff. Read our analysis of episode 7 here.

We find our heroes Jake and Eric hastily driving to Rogue River in search for Antibiotics. Rogue River is apparently a nearby city that had urban conveniences prior to the attack.

Jake swerves past a wrecked car… the site of an ambush. Eric expresses concern for the dead woman they left behind. Jake makes it clear he isn’t waiting for the perpetrators to ambush them as well.

Gray Anderson and Deputy Jimmy Taylor pay a visit to Robert Hawkins. Gray asks probing questions to Robert. It is apparent that Gray is skeptical about Hawkins presence in Jericho. Gray is concerned that Robert purchased a house a few days before the attack with cash.

Heather finds Gail and Emily nursing Johnston at the Green home. Heather says she can make ice to cool Johnston. The three gather supplies including water, bowels and fertilizer.

Jake and Eric arrive in Rogue River and find the city abandoned. The streets are eerily empty. The two press on to the hospital, but pass through suburban areas. Jake explains that FEMA marked the doors of homes to indicate the date of evacuation and the number of people found live or dead.

As Jake and Eric exit their vehicle. Eric stoops to pickup a leaflet about water contamination. Eric demonstrates pretty poor gun handling and clearly would have covered Jake with the muzzle of his shotgun during this action. The pair is fired upon while Eric lackadaisically carries the shotgun without a firing grip.

They rush for cover. They enter the Hospital to find it ransacked. Jake indicates the shots came from the top floor. The two find a large number of dead bodies. Hospital staff, patients, police and private security contractors lie dead on the floor.

Back in Jericho Gray continues to grill the Hawkins family in an awkward confrontational manner. Emily, Gail, and Heather work do help Johnston at home.

Jake and Eric encounter an unhinged contractor at the hospital. Jake reveals that he was a truck driver for a military contractor in Iraq. The contractor identifies himself as Randy Payton. Payton explains that his firm Ravenwood was tasked with moving the injured but the doctors refused. There was a confrontation and gunfire erupted. resulting in the copious dead.

Payton introduces the brothers tho Doctor
Kenchy Dhuwalia. The doctor appears to be conducting surgery on a dead body. They ask Kenchy for Cipro, but he sardonically recommends Morphine instead.

The sound of vehicles stopping outside interrupts the conversation. Ravenwood has returned. Payton indicates that Ravenwood has sent a cleanup crew to loot the hospital and eliminate any witnesses to the massacre. Jake obtains a rifle from Payton, while Eric takes a pistol.

Payton opens fire on his former co-workers. Eric expresses a desire to flee, Payton replies” You wanna live? Stand up and fight!” Payton indicates Ravenwood has limited ammo, so they won’t fire till they are inside. Jake picks up some magazines, but Payton tells him they are empty.

Back in Jericho Robert’s daughter, Allison, accuses Gray of Racisim. Robert confront’s Gray on his behavior. Gray asks for Jimmy to search the house.

Ravenwood storms the hospital. Jake, Eric, Payton and the doctor prepare to sneak past Ravenwood, when Kenchy asks why they need Cipro. Jake explains, and Kenchy says that Cipro will not work at this point. Kenchy recommends Levaquin which can be administered intravenously.

Eric Poses as a doctor and distracts and misdirects the contractors. Eric obtains the needed meds as Jake fires on the remaining contractors. The group retreats to their car, but Payton refuses to follow.

Jimmy finds an FBI badge and Robert explains to Gray that he was sent to Kansas undercover to investigate suspicious activity.

The brothers arrive with Kenchy in time to administer the Levaquin. Eric reveals that he left his wallet in his coat at the Hospital in Rogue River. Jake stands watch concerned that Ravenwood might come looking for them.

This is another episode that deals with some very real world issues that might take place in a societal collapse where the rule of law is not present. Medical supplies are another item that would be of critical value in this type of situation. Ultimately our heroes in this scenario take serious risks to obtain needed supplies.

A common mindset is that morality will be as commonplace as it is currently in a collapse. This could not be further from the truth. The increased stress and pressure will push people to do things they wouldn’t normally do.

Could Ravenwood exist? There are plenty of competent and professional security firms out there, but considering a scenario where a major attack disrupted services, it is not out of the question that a reckless firm like Ravenwood could be hired. The Government would likely be looking for companies like this to do work for them and the vetting process could easily be lacking.

Jake and Eric take to the road with antiquated Ithaca Model 37 shotguns. Eric and Jake obtained the shotguns from the Jericho Sheriff’s “armory.” A lot of people love this shotgun, but it stopped being an industry standard police shotgun a long time ago. That being said the idea of a law enforcement agency being under equipped is a common thing. Jurisdictions often require officers to provide their own weapons if they desire something other than the nearly worn out weapons the department is providing.

This episode while dealing with some very real concerns has some of the most glaring errors in the series. Eric has horrible gun handling, and recklessly covers his brother with the muzzle of a loaded shotgun.

Jake demonstrates some weapon familiarity but does not know an unloaded magazine when he picks it up. This is an immersion breaking moment. Loaded magazines are significantly heavier than unloaded ones.

An ounce of prevention is worth a pound of cure. When faced with desperate circumstances our heroes acted and took risks to save a loved one. That being said if the local clinic had stocked more antibiotics the dangerous mission might have been avoided. 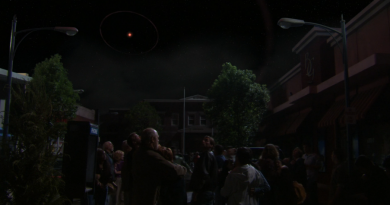 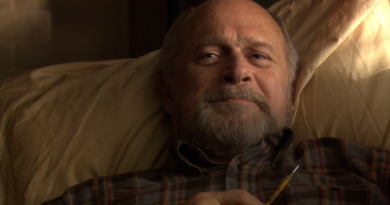 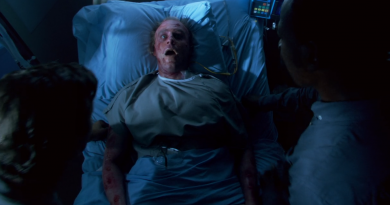