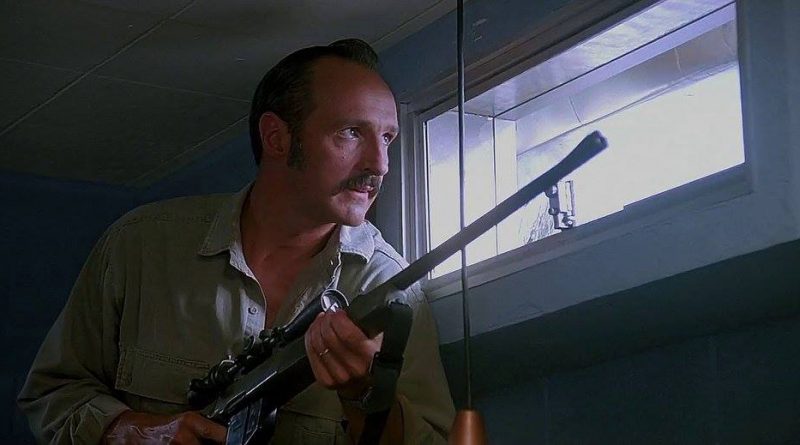 Tremors is a downright classic horror comedy film from 1990. The original is an excellent mix of characters and an enjoyable presentation. The occupants of Perfection Nevada are confronted by terrifying subterranean predators.

One of the most interesting things about Tremors is the portrayal of it’s diverse characters. Handymen Valentine Mckee(Kevin Bacon) and Earl Bassett(Fred Ward) are the main protagonists and most of the action centers on them. Other notable residents of Perfection Valley include shop keeper Walter Chang, and survivalists Burt(Michael Gross) and Heather Gummer(Reba McEntire). Notably this film portrays preparedness minded individuals in a positive light.

Lets get one thing out of the way right now… This film is about giant predatory worms that eat people and other terrestrial animals. I remember as a youth watching this film with my siblings, my mother walked in. She asked “what are you watching?” Someone replied: “It’s a movie about giant worms that roam around under the ground eating people.” She then replied “You are not! What is this really?” Man eating worms… really.

It is of particular note that the Gummers are portrayed in this film as pretty regular folks. Those of you who’ve seen the other films and installments of the franchise will likely recognize that Burt particularly is portrayed in a steadily more cartoonist light.

In this article, we’ll focus only on the Gummers as presented in the original Tremors.

What do we know about Burt?

We are introduced to Burt Gummer at Chang’s market where Burt politely thanks Walter for ordering him bullets but states that he’s obtained the wrong type of hollowpoints. Burt wanted Hydra-shok. Walter states “I thought bullets were bullets.”

Hydra-shok bullets were cutting edge in 1990. Burt’s desire for Hydra-shok tells us that he’s not a run of the mill shooter, he’s up to date on the latest tech available at the time.

Burt is clean cut and his tucked in shirt an khakis seem more nerd than action hero. He mentions Eminent Domain demonstrating some concern about government overreach. Burt’s license plate reads UZI 4U, and his Tahoe bears a “Free Afganistan” bumper sticker.

Throughout the film Burt demonstrates courage, generosity and resolve. The film portrays Burt as more of a frustrated patriot rather than an anti-government extremist. He’s passionate but not rash.

What do we know about Heather?

The film introduces Heather along with Burt at Chang’s Market. When Burt starts talking about Eminent Domain, Heather jocularly interjects “Down boy.” This leaves the impression that Burt has a tendency to inundate his neighbors with his concerns. It seems apparent that Heather tempers Burt’s passion.

When Val and Earl head out on horseback Heather see’s the pair are armed only with a pistol and a .30-30 lever action. Fearing the two are under armed she initially suggests they take one of their Browning autos. Heather immediately reconsiders and generously hands Earl her Winchester Model 70 in .375 H&H Magnum. Considering that .375 is a serious dangerous game cartridge this was a big step up from Val’s 30-30 and a bigger step up from the pistol he had.

When the graboid breaches the Gummer’s basement wall, we see Heather unload on the monster with another Model 70. While Heather’s previous Winchester was chambered in .375 H&H Mag, this one is in .458 Win Mag!

Not only does Heather shoot hard kicking safari guns with resolve, when Burt gets snagged by one of the graboid’s tentacles she courageously rushes forward firing pistol grip 12 gauge. After a few blasts of buckshot she severs the tentacle saving Burt.

The verdict is in Heather is a badass.

The Wall of Guns…

The graboid attack with wall of guns is pretty much the most memorable scene of the whole film. It is also the most unrealistic… cause anyone who was in a basement shooting all those guns would have some serious permanent hearing damage.

Some have inaccurately alleged the Gummers only had “fudd” guns. The wall did include many tactical guns. Burt lit the monster up with his HK91, and Heather did the same with a circa 1990 20″ AR15. You can also see a Garand , three M1 Carbines two Mini-14s and two Uzis. A number of semi auto pistols are also on the wall. I’d say the collection was plenty tactical for 1990.

It was lucky that the Gummers were also collectors, since that double barreled 8 gauge slug gun came in handy. I want one!

In the end the Gummer’s arsenal was largely useless against the other beasts because dirt is so effective at stopping bullets.

Burt’s ingenuity allows him to construct IEDs used to drive the monsters away. Ultimately Burt and Heather’s contributions are crucial in destroying three of the four monsters.

Tremors is a fun film, an American Classic. The film was truly a unique point in cinema. Aside from the Hollywood hip firing and a few other moments the Gummers are portrayed as generous, freedom loving Americans, who are also the best neighbors you could ask for… if your town is invaded by giant subterranean man eating monsters. 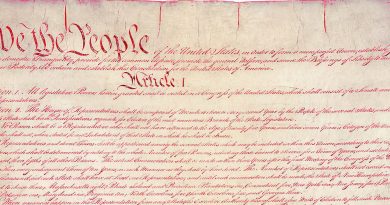