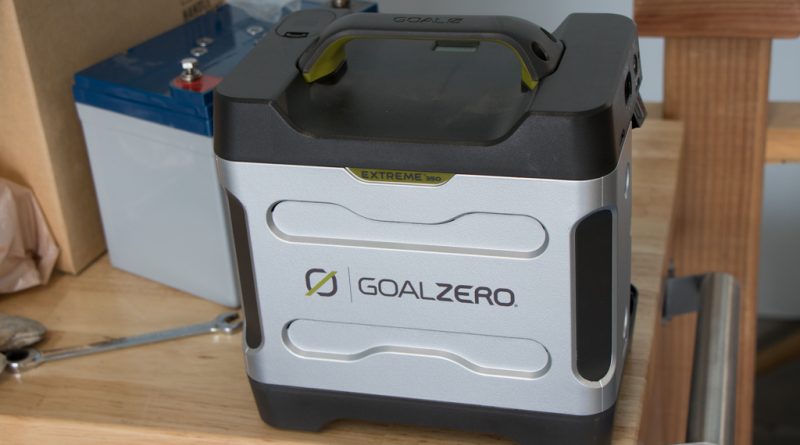 Readers, please note that I originally used a Mighty Max battery. However in December of 2019, Mighty Max changed their specs and the new batteries were too tall. We found that the Weize battery currently linked here on Amazon worked out fine. However just in the last month or so, some readers have indicated that Amazon sellers are shipping two different types of Weize batteries from the link we provide. Although the measurement specs on the product page appear correct, they may ship a battery that is too tall. We have yet to figure out exactly how to get the right battery from Amazon sellers. I do not currently have any info on how to ensure that you’ll get the correct battery. Review the latest comments at the bottom for more info. Please comment if you find out anything helpful.

Katie, who has commented below on this article, indicates that she has tried the Weize battery and it fits.

A couple of readers have alerted me to the fact that Mighty Max has changed their specs slightly and the batteries are now too tall to fit in the internal bracket in the Goal Zero unit. (Please see the comments section for details.) I have not yet purchased a new battery to try with my own Extreme 350s, but I will be doing so in the near future since my Ritar batteries have finally given up. Once I do so I will change the article to reflect the new batteries I’m using. (See the measurements I’ve put in the comments section. The critical measurement is the height.) For the time being and based on my research I believe this Weize battery will work.

I’m pleased to announce that, two years later, the Mighty Max replacement batteries (SLA) are still going strong at full capacity… even after a very lengthy period of storage with no re-charges. Read all the way through to the bottom of the article for all the details.

Goal Zero certainly has a positive product lineup. They’ve been refining their offering for the past several years. The flagship mobile power pack they currently offer is the Goal Zero Yeti Lithium Portable Power Station. You can find out more about this batteries and current costs here: Goal Zero Yeti

When Goal Zero launched it’s initial product lineup in 2010, the flagship powerpack was the Goal Zero Extreme 350. Essentially they provided a good looking and functional case around the RITAR RA12-33 gel battery. It’s a 33 amp hour battery. These batteries are generally used in applications like wheelchairs and uninterruptible power supplies (UPS). The Goal Zero enclosure is a stackable and sturdy design that gives the user a solid carry handle, Anderson Power Pole connectors, a charging port, slots to attach the 400 Watt Goal Zero power inverter, access to fuses, a simplified charging port and an intuitive power level meter that was easily understandable by pretty much anyone.

Here’s the problem. These batteries are notorious for going bad. I imagine that most of the units sold have simply sat and discharged and then sulphated over time. They are difficult to revive and simply can’t be recharged well with the provided AC wall charger.

My father and I each acquired two Extreme 350 units about the same time, 2011-2012 ish. He stuck his in the garage and never paid any further attention to them. I checked on mine and realize that they discharged pretty rapidly according to the on-board power meter. Even if left plugged in they seemed to not keep a charge very long. As I was somewhat concerned about that, I partially disassembled mine by disconnecting the internal batteries from the top part of the case which contains all the electronics and connections. From then on I stored them without the top on my workbench next to my other batteries. I’ve regularly used a Battery Minder charging unit to re-charge and maintain these batteries. five or six years later, my RITAR RA12-33s seem to hold a consistent 12.7 – 12.8 volts over time.

Meanwhile I recently discovered that my father’s Extreme 350 batteries were dead. They were deader than dead. The power meter was blank. I took them home and over several weeks I tried everything to revive the RITARs. I tried the Goal Zero charger. I used various other charging methods including my Battery Minder. I ultimately connected one of the bad RITARs with a good one in parallel to trick the charger into thinking they had voltage. This got the process going but ultimately “bulged” the battery. It was clear they were dead and dangerous.

I thought it would be a shame to waste these Extreme 350 cases. The enclosures are really solid. I like the idea even though it’s not the latest and greatest. I googled all over looking for a write-up of replacement options and “how-to.” Seeing none I made some measurements and took a small risk and ordered new batteries for my father’s enclosures.

Note as of Dec 2019. The Mighty Max may no longer fit the enclosure. It may be too tall. Please see the notes in the comments for measurements. Katie, who has commented below on this article, indicates that the Weize battery does in fact work and is the correct size. Weize 12V 35AH SLA Deep Cycle AGM Battery

The battery I originally used was the Mighty Max: ML35-12 – 12 VOLT 35 AH SLA BATTERY. I’m told by readers that the current version is slightly too tall. I’m sure there are others out there that have the same dimensional specifications that you could use. See the comments for the exact dimensions of the enclosure.

Here are the tools you’ll need:

How to replace the battery – Goal Zero Extreme 350:

Why they discharge so quickly

I’ve done some minimal experimenting with the Extreme 350 by comparing the two new ML35-12s side by side. I believe that the design flaw is that the Goal Zero power meter is always on. It’s got a constant drain on the battery. After replacing the batteries I removed the fuses from one of them, thus disconnecting the power meter and essentially rendering the whole thing inoperable. I set the two Mighty Maxes next to each other and compared voltages over several days. The one that was disconnected remained constant while the other lost voltage. It’s my intention to check on them after a few months and see where they’re at.

Store your Goal Zero Extreme 350s with the fuses removed. You can set them loose inside the fuse compartment. Then check the voltage every few months. You can do this with a volt-meter or just plug the fuses back in and use the on-board meter.

Check Amazon for the latest pricing on a replacement battery. As of January 2020 I am recommending the Weize battery versus the Mighty Max. Mighty Max recently added about a quarter inch to the battery’s height. Current prices may vary. … anyway two years ago after re-assembling them I gave them back to my dad as a Father’s Day gift. He seemed mildly impressed. 😉

Click the Amazon link to the left to purchase this replacement battery. FREE SHIPPING!

As of September 2017 the new Mighty Max batteries are holding at 12.8 volts. I would expect they won’t need to be recharged for another several months.

As of October 24th, 2019 I’m happy to report that these Mighty Max batteries are still holding strong. My dad is still only mildly impressed. But I, on the other hand, am very happy to see this as my original gel batteries seem to have run their course. They’re about 7-8 years old now and not holding voltage very long. I need new ones.

I stuck my dad’s two “Mighty Max” units in his downstairs storage closet, and I failed to recharge them since my last update in September 2017. Yes, procrastination. I am certain he never touched them either. I did leave them with the fuses pulled out. So there was no drain on the battery. The storage closet temperature is probably 60-65 degrees Fahrenheit.

About a month ago I brought them home to check on them and recharge them. The batteries read 12.59 and 12.63 volts. Based on my understanding of lead acid batteries, that means they both still held about a 90% charge, 12.7 volts being considered fully charged. So had there been an emergency, my parents could have counted on using these batteries as is without any trouble.

I decided to experiment with charging methods. I used the supplied Goal Zero charging cord for one and my BatteryMinder battery charger for the other. The Goal Zero charger decided that the battery, currently holding just over 12.6 volts, was fully charged after being connected for about 10 seconds. It was difficult to gauge but it appeared to me that it would charge at about 13.4 volts for a very short period of time. It then reverted to a trickle charge of 12.88 volts approximately. This was disappointing. I assume if left connected for days I could get that battery to top out about 12.8 volts.

The BatteryMinder charges at around 13.4 volts also. But it brings the battery to a much higher level than 12.6 volts before going to it’s trickle mode. I kept it on the first battery for about six hours. Then I moved it to the second one for the same amount of time. After about a day, they are both holding at 12.93 volts. I assume that will fall to around 12.8 volts in the few days.

By the way, if you’re not using the Goal Zero supplied charger you’ll have to take the top off of the battery enclosure as explained in steps one and two above. IMPORTANT: Be very careful. Leave the fuses OUT if you decide to disassemble it and use a 3rd party charger. This allows you to bypass the charge controller that is built into the unit. Fortunately I’ve only had to do this once in the last two years to keep these batteries in shape.

I really like the BatteryMinder battery charger. I’ve got a couple of them and use them regularly on my RV batteries and other large (i.e. auto-size etc.) batteries. They’re kind of pricey but pretty intelligent. Maybe I’ll do a review on the site about them at some point, but for now you can check Amazon for the reviews which are quite positive.

Here are some other Goal Zero (and BatteryMinder) products that are related which you might be interested in: 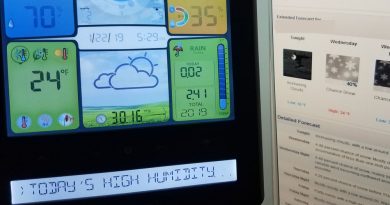 AcuRite Future Forecast – Is it accurate? 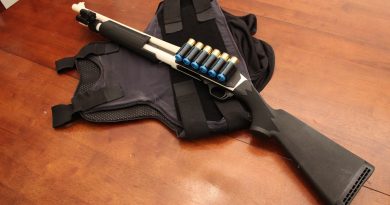