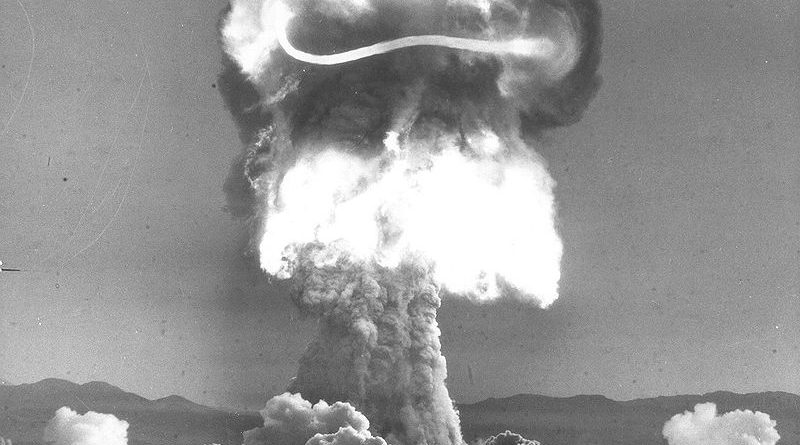 You’re walking into a local grocery store to do some shopping.  As you walk through the parking lot,  you step between rows of cars.  Suddenly a bright, blinding, out of this world flash lights up the sky.

What do you do?

Unfortunately… the answer is unpopular, and widely derided by mainstream media.  “Duck and Cover”.  Duck and Cover was a technique crafted after atomic bombs were dropped on Hiroshima and Nagasaki, ending the Second World War.

The United States had opened Pandora’s Box.  By harnessing the immense force created by the splitting of uranium and plutonium atoms the face of warfare, and world politics was changed forever.  There was no going back.  The Soviets obtained atomic weapons in 1949 and the arms race began.

The film and technique have drawn significant criticisms from the “run toward the blast” crowd. It has been asserted that with the invention of the hydrogen bomb (thermonuclear weapons), “Duck and Cover” became hopelessly obsolete.  Truly, the weapons used in the “Castle Bravo” shot with its 15 megaton yield, 15,000,000 tons TNT equivalent, or the Soviet “Tsar Bomba”, or “King of Bombs” with 50 megaton yield were horrific weapons. Both of these weapons created fireballs that were miles wide.  It is often forgotten that those types of bombs were only briefly in service and were air dropped.  The advent of fusion, or thermonuclear weapons, largely served to make atomic weapons more compact.  Although much less powerful, a 350 kiloton bomb the size of a typical air-dropped dumb bomb, is quite a bit more versatile than a 15 megaton (15,000, Kilotons) bomb the size of a school bus.

Even in the face of larger weapons the effects are largely similar to the simpler atomic bombs dropped in Japan.

When a nuclear bomb is detonated, three types of energy are released.  First, the bright blinding noiseless flash.  The Flash emits thermal radiation. This thermal radiation is released for 10-40 seconds from the moment the bomb explodes. The bright light and heat are emitted from the fireball created when the bomb is activated.  The heat is so intense that those close to the blast may be reduced to ashes. Those farther way may be burned if exposed directly. Buildings may start on fire. Thermal effects make up about 40-50% of the energy released.

Then there are blast effects.  The blast effects are kinetic energy released when the bomb detonates.  This creates a huge increase in air pressure at the site of detonation.  As the blast wave moves away from the detonation it loses strength.  Buildings inside the 10-20 psi over-pressure area are unlikely to survive.  At between 5-10 psi the wind is fast enough to pick a standing person off the ground, turning them into a projectile. Eardrums may rupture and internal injuries are possible. The blast wave initially moves at the speed of sound which is much slower than the light and heat.  The blast effects account for 40-50% of the total energy released.

Radiation is also released. Initially the bomb will release a large amount of hazardous electromagnetic radiation: X-Rays, Gama-Rays, etc. Radioactive dust remaining after the initial fireball is called fallout. Fallout is often scattered by the wind and weather, and is concentrated in the mushroom cloud of smoke and dust that rises after the fireball subsides.  Electromagnetic radiation and radioactive dust combined are about 10% of the total energy from the weapon.

Duck and Cover and Why it works

Duck and Cover entails an immediate drop to the ground.  Seek the best cover possible.  A ditch, or steel reinforced concrete is best, but any cover is better than nothing. Occupants of buildings can get away from the windows, under a strong desk. If warning is given, seek underground cover or a basement. Cover your eyes, face and any exposed skin. DO NOT look at the flash!  Hold on tight and wait for the blast wave to pass.

The technique greatly minimizes exposure to thermal radiation emitted from the fireball. Even thin, light covering like a blanket or newspaper can reduce or prevent burns.

Ducking and holding close to the ground prevents the blast wave from turning you into one of the many projectiles it is carrying with it. Fatal injuries would likely be received if that were the case.  Flying debris hazard is also minimized by making yourself as small a target as possible.  Any cover found increases this protection. The over-pressure wave will break windows even at 1 psi, so get clear of any flying glass hazard if possible. If you were caught in a street, a typical six inch street curb might make the difference for survival. Cover also reduces the hazard from radiation emitted at the time of the blast.

It should be noted that except with small yield nuclear weapons, the blast and heat effects extend past the area where the prompt electromagnetic radiation could be fatal.  This means if you’ve survived the blast and heat you have likely not received a life threatening dose of radiation.

Clearly nuclear weapons have large footprints of efficacy. Remember this: the area where duck and cover may save your life is 9-15 times larger than the area where it is of no use.

If you’ve just survived a nuclear blast, unless you are in an adequately sheltered location, you’ll likely need to evacuate and decontaminate. Radioactive fallout particles fall most heavily in the area directly around the blast site. Walk away from the blast in a perpendicular direction to the wind.  You may be able to determine the way the wind is blowing by looking at which way the mushroom cloud is moving.

Appropriately stocking any emergency bag can greatly mitigate post blast effects.  An N-95 mask can reduce the amount of dust inhaled after the blast.  A NBC/CBRN respirator will reduce that hazard even more.

There is no guarantee “Duck and Cover” will save your life, but it works much better than “Bend over, Kiss your butt goodbye.” 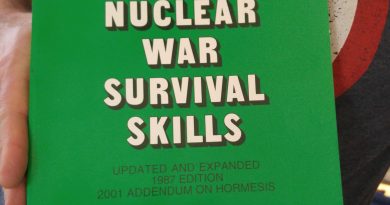 I hope it never happens, but if it does… Mindset is a survivor’s greatest tool. 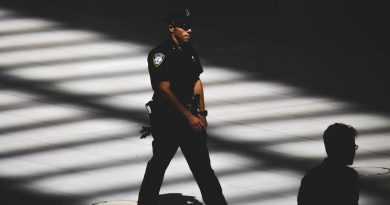 One thought on “Surviving Nuclear Attack: Duck and Cover”