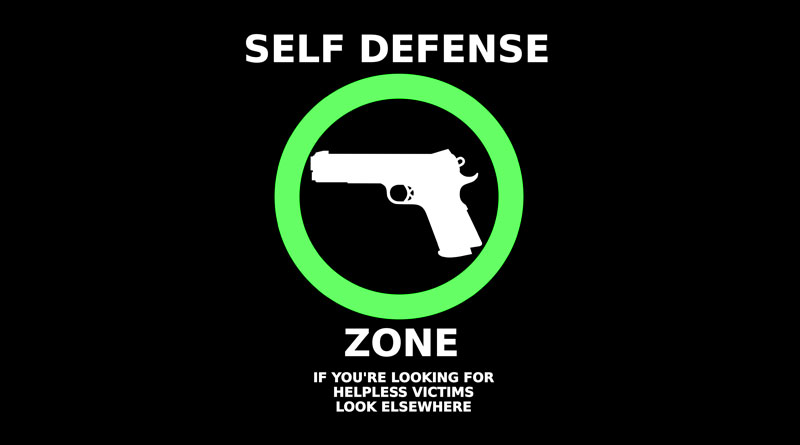 The use of force on another human being is an ugly thing. It’s especially hard to bear in this day and age when police brutality is such a controversial topic. The goal of this article is not to make any moral judgements on the police or specific cases that have occurred. The point is to address common misconceptions about self-defense. The police and their interactions are worthy of study on this subject because they engage in use of force situations often. The public at large would do well to learn from their experiences. There is ample evidence that the public at large has a need and a God-given right to defend itself.

Hollywood would have you believe that the hero can execute a 540 kick on his opponent expertly knocking him unconscious taking him out of commission for 10 minutes without leaving more injury than a little blood from the corner of the mouth. Another misconception is that a taser instantaneously stuns whoever it hits taking them out of the fight regardless of range or circumstance.  And let’s talk a little about guns in Hollywood. Guns! Guns are almost magical.  The hero can fire a pistol from each hand with enough accuracy to kill a room full of bad guys hell-bent on taking his life or the life of his beautiful companion. The punches and camera angles are quite dazzling and wonderful. Reality is not.

Real fights are treacherous, often bloody affairs.  The unarmed human has all the tools he needs to kill another human.  Add environmental factors, weapons, and malicious intent and situations can turn deadly fast. The term “mortal combat” did not come from a video game. In our modern society some people have more sympathy for criminals than they do for honest citizens and police officers. “Would have,” “should haves” abound.  If you have need to defend yourself with justified physical force and injure or kill your attacker, you should expect to be spoken ill of and sued by the offending party or their heirs. So be ready to defend yourself in that dire moment and after the fact. Contemplate and study first. Then train, train, train. Be ready. Live ready!

This is a common criticism. Clearly weather an attacker was armed plays a role in how a defender would appropriately respond, but the presence of a weapon in the hands of the attacker is not the most important thing.  The FBI’s Uniform Crime Report shows that hands and feet consistently rank higher than rifles when considering what weapons are used in homicides each year by about 200%.  One thing that should be clear (but for some reason it’s not) is this. If someone is trying to murder you but they have come to do it without weapons, you are not obligated to prevail in a fist fight with your attacker. All is fair in love and war and when someone want’s to maim you or take your life, that is war. The courts have already ruled this way. Seriously, some people think that a would be murderer who wants to beat you to death gets a “chance at the title” so to speak and that you should duke it out with fists before trying your gun. This is the type of logic that says “tough luck” to old people or anyone less skilled or weaker than their attacker.

There’s  a reason boxers get Chronic Traumatic Encephalopathy. Being punched in the head can cause brain damage. The human body is capable of concussing, breaking bones, joints and strangling another human to death. Deadly force with natural and man made weapons should definitely be considered by anyone serious about defending themselves in a deadly confrontation.

Seriously? Every time a citizen or police officer kills an attacker the family (and sometimes the media) begins campaigning for the attacker saying, “He was a good boy.”  Could there be anything more atrocious than the idea that an honest citizen should forfeit their life for a criminal’s? Everyone knows a deadly encounter is a terrible and sad situation. Chances are a citizen or police officer is not happy that they were placed in that situation, but they are probably happy they prevailed. It really doesn’t matter if someone was trying to turn their life around, go to college or whatever… If you are trying to rob, rape, murder or maim a person, someone (either the victim or a bystander) is justified in using deadly force on you. It is disingenuous to say that a criminal was a good person when they were killed in while perpetrating a dangerous and violent criminal activity.

We include the video below with no moral commentary or judgment. We assume the police were acting within policy and that the man shown has been violently threatening the woman in question. However, we make no moral judgement on what happens here. As we indicate that is not the point of this article. The use of force whether by police, military or others is an ugly thing. The point of the video is this. When the taser works it is an impressive tool.  When the taser fails… lets just say it is not very effective at all. In this case the taser clearly has no effect. Police departments differ from city to city and state to state on policies surrounding use of tasers. They compile various statistics on the use of tasers. We suspect from our experience that on average tasers are less than 50% effective. When it is a matter of life or death, this is insufficient.

It should go without saying, but I’ll say it anyway. The utility of a firearm is that you can potentially engage a deadly threat before that threat gets close enough to stab you.  The distance at which a knife wielding subject becomes dangerous is farther than you might think.  Knives are lethal and never run out of ammunition. Most legal jurisdictions have ruled that within 21 feet a person is justified in shooting a knife-wielding attacker. Outside of that range, other circumstances may be a factor.

If you want to exclude yourself from rational debate, lead with the statement that “No one needs a gun.” And here in this article we’re not talking about the OBVIOUSLY VALID REASON FOR HAVING DEADLY WEAPONS WHICH IS TO GUARD AGAINST THE TYRANNY AND OVERREACH OF THE GOVERNMENT. There is a good reason Police Officers carry handguns. Hand guns are effective self defense tools. Rifles are also very useful for self defense. So are shotguns. The allegation that “no one needs a gun” or that “no one needs a handgun” demonstrates a complete lack of understanding or lack of honesty on the subject. Some people are willing to die to harm you.

This argument carries over in to different types of guns. There is no valid argument for limiting the effectiveness of handgun. Saying no one needs a semi-automatic handgun is logically invalid. Saying that no one needs more than 10 rounds is logically invalid. You have the God-given right to owning, possessing and carrying whatever type of self defense mechanism you deem fit so long as such mechanisms do not unreasonably encroach on the lives of others around you.

Another common practice these days is to label a violent criminal as “insane” and then ask for additional mental health oversight in society, rather than helping prepare society to be more responsible about self defense and protecting each other from evil. The problem is this. Just because someone does not share your values does not make them insane. Evil does not necessarily mean crazy. When a suicide bomber straps a bomb to his body and blows himself and others to smithereens in nightclub it is an act of evil. Ascribing mental illness to the problem in every case is counterproductive and frankly is only a tool used by the powers that be to exact greater control on the populace via gun restricting measures. That’s not to say that our society doesn’t have a problem with mental-illness. But real preparedness comes form preparing for diverse threats.

Real preparedness means taking personal accountability for your safety and the safety of others. By all means support mental health awareness and initiatives and those with mental health issues. But using the subject of mental health as a pre-text to deprive men and women of their god-given right to defend themselves by any means possible, including the use of firearms of all types, sizes and configurations, is dishonest and plays into the hands of evil tyrants who would assert absolute control over a society. Frankly it’s morally reprehensible. Those who initiate the campaigns for gun control measures because on the basis that there are mentally illnesses in our society are sociopaths who could care less if you or I live or die. Or to be more accurate they probably prefer the latter. Those who ascribe to these methods have erroneously believed their propaganda.

Ultimately when someone asks that everyone be disarmed for their own sake and for the sake of society, it is an act of cowardice. That same cowardice would enslave our nation. Those who believe this propaganda, that we need to disarm each other to protect ourselves generally do so because it provides a way that they can avoid personal accountability for their own safety and the safety of those around them. It’s extremely short sighted and illogical. Anyone who (for any reason) wants to take away your guns and your right to self-defense or defense against tyranny doesn’t care if you live or die. In fact we can clearly assume they are comfortable with you and your loved ones being killed violently.

The fact of the matter is this. When someone tries to murder you, there is a high probability that you will be on your own. As much as the police would like to help you “when seconds count the police are only minutes away.”

For our final example, let’s examine the case of a law-abiding woman making the morally appropriate decision to defend herself with lethal force using a handgun. When an Indiana woman’s stalker, Ryan Lee Bergner, broke into her home in the fall of 2007 she called 911 immediately. The 911 audio conveys the horrifying incident. Fortunately for her, a friend had very recently provided her with a gun. She obtained this gun through a private transfer without a background check and without a waiting period. Her decision to immediately obtain this gun IS THE REASON SHE SURVIVED. Had she been unable to obtain a gun on the day she did, she would have been killed violently, perhaps after being raped or tortured. This woman needed a gun to protect herself as do countless other law-abiding citizens who refuse to surrender to evil.

WARNING! Listener Discretion Advised. The video below contains audio of the 911 call in the Bergner incident. It is not overly graphic but it demonstrates clearly how a gun could save a person’s life when police cannot. This is something that reasonable women everywhere ought to hear, contemplate, and come to grips with.

As always, think ahead. Learn, study and contemplate as much as you can. Then practice and prepare physically. Live ready! 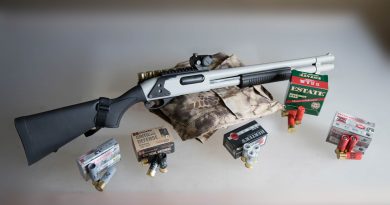 Setting Up a Competent Tactical Shotgun 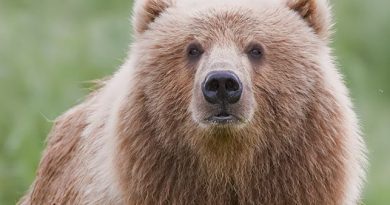